A Special Tour to Hunza Valley 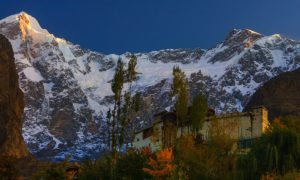 Hello Everyone as we knows in Northern Areas of Pakistan contains so many beautiful places in which one of them is known is  Hunza which has been governed by the family known as Mirs of Hunza for 960 years. Hunzakuts are believed to be the offspring’s of five ramble soldiers of Alexander the Great. Brushuski Language has been spoken by the people of Hunza , which is an initial language. the glorious and beautiful state has been maintained its lonely independence for long duration of time in the other parts of the areas which now been known as the Northern Areas of Pakistan.

There are two ways to go to Hunza the one is you have to go by road which is amazing , you people will enjoy a lot you will see the peak beastliness of the greenery and multi color environment. And the second option is you have to go to gilgit on flight and then you have to make two hour of drive on to reach Hunza.

This was the the first week of march 2017 and we are planing for tour to Hunza Valley.. but some of busy schedule we can not decide the specific day to go for tour to Hunza. In those day i am with my hostel friends and we had exam so for that reason we are still busy but in heart we just want to go for some tour. 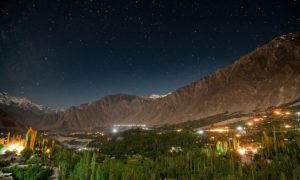 Anyhow i told to my friend Saeed that we should have to wait for a week until our examination will be finished.and we were so exited and were waiting for these amazing days which becomes a special moments of our life.

At Last we have decide a day for tour to Hunza and that time we are now tension-free because of our examination windup.firstly i would like to introduce my freinds which we would like to go to Hunza , Adnan Khan, Hazrat Wali, Muneeb Alam, and Saeed Khan. We were so exited for that tour. 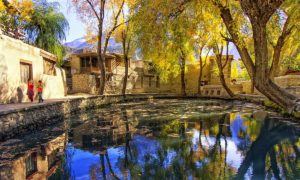 On 26 April we decide to go to Hunza . that was the final day but first we have to get some travelling stuffs because we had to spends some day in Hunza.so my friend suggest that to book the ever best and local Camping Gadgets from Outdoor Gear which is located at i8 Islamabad Markaz VIP Plaza. And finally we got some awesome stuffs from them.

And we start our journey from Islamabad. On the way we enjoy some of the special green and raining scene and we also had some photo shoot. The road was awesome and we enjoyed a lot. After travelling 2 hours we decided to take launch.

For launch we just stayed in hotel sareena which is most popular. After some time again we start our journey and finally we reached to Hunza Valley.. wowww this is the most memorable place in my Life.. we spends some days there and take some special memories with friends. And still when ever we just see old pics we just missing these awesome tour.

A Tour to Neelam Valley (Norhtern Areas of Pakistan ) Hello EveryOne as we know Neelam Valey is... read more